Since the 90’s there has been an increasingly trade marketisation of in the public sector, services, investments, agriculture, and therefore, the food regimes. The West have been bringing these practices to the global south, making free trade agreements that provoked tensions within the global labour movement. Their discontent relies in the deindustrialization and job destruction that the practice suppose in the global south. Labour movements in the global south demand for state sovereignty, an alternative trade regime that would let them develop their national economies in a context of social justice, implying the access to food, water and housing.

Despite the liberalization of the market since the 90’s, international organizations defined the framework towards healthy food regimes in the global south. The World Food Summit in Rome in 1996 offered the most agreed on the definition of the concept food security. “Food security exists when all people, at all times, have physical, social and economic access to sufficient , safe and nutritious food which meets their dietary needs and food preferences for an active and healthy life”. After the global food crisis of 2008, food regimes have been improving but not enough. The neoliberal measurements applied have left states powerless in protecting farm sectors and dependant of food imports. The agriculture sector in most of the global south is under the rule of corporate agrobusiness. The concept of food security resulted in a disproportionate benefit of West at the expenses of the global south.

Food insecurity is deepening, and climate change is worsening it. As an example, the Arab World is a dryland that already faced challenges with respect to water, energy and food. It is clear that scarcity will be exacerbated by climate change and overuse of available water resources. The attitude towards water use has been influenced by the history of its use, if capitalism doesn’t value the water and treat it as free, a capitalist society takes the same methodology. It is necessary to add value on natural resources as the crucial element to sustain food security. Leaving the resources on the hands of business and companies is not the answer to safeguard the livelihoods of the MENA population.

One possible solution to ensure a sustainable food security is through a democratic system that enables a infrastructure that protects the environment and the people that inhabit it. Because natural systems have no collective voice. Green capitalism is not solution to build a sustainable food security, the transformation of nature subordinated to the logic of the market doesn’t contemplate the future of millions of farmers that inhabit it. This way, the concept of food security gets overpassed by the movement of food sovereignty.

But, what does food sovereignty mean?

The declaration of Nyeleni in the Forum on Food sovereignty in 2007 describes it as the concept that gathers the right of peoples to healthy and culturally appropriate food produced though ecologically sound and sustainable methods, and their right to define their own food and agricultural systems. Food sovereignty focus on the people. It prioritises local and national economies and markets, as well as it empowers peasant and local agriculture uses.

Any discussion on food security that ignores the concept of food sovereignty will fail to eradicate poverty and hunger. Food sovereignty is a precondition to genuine food security. While numerous international organizations have implemented the concept in their agendas to elaborate on the topic, it mostly remains as a theoretical concept with an economic bias. It is necessary to let the people to further create their own definition of Food Sovereignty. Most of the researches on food sovereignty agree on rejecting a western definition of the concept since it is part of the colonizing process that originated the problem of food insecurity.

After covid-19 and the war of Ukraine there is an increased problem of food insecurity and once again, the most affected are the peasantry. Besides the extreme temperatures and water stress that problematizes feeding their population, the problem is the loss of sovereignty over their land, food and resources. If the people don’t have any voice, the action of global institutions and foreign actors puts in danger the project of food security. For instance, in the MENA region (Middle East and North Africa), since Russia and Ukraine were the main cereals providers, the conflict has affected people’s access to food endangering the already weakened food security since the food crisis of 2007.

Food sovereignty opens the door to questioning free trade in general, and free trade food regimes in particular. It challenges the actual industrial agricultural system and points out its obsolescence. Food sovereignty is compatible with fair trade, joining forces can result in transnational solidarity far from the corporate global market. Another path to explore on the topic would be the implementation of digital technologies as a revolutionary solution to improve sustainability in agricultural systems. It can make the sector not only more efficient, but more inclusive and environmentally conscious.

The first affected by climate change are the peasantry, but they are also affected by the violence that suppose land dispossession, food prices and climate change. The present challenge of food sovereignty in the global south, should be approached with all the tools available, including the tool that technology supposes. The links between the concepts of ‘food sovereignty’ and ‘fair trade’ could promote connections between labour and community struggles and foster labour solidarity at both the transnational and local levels. 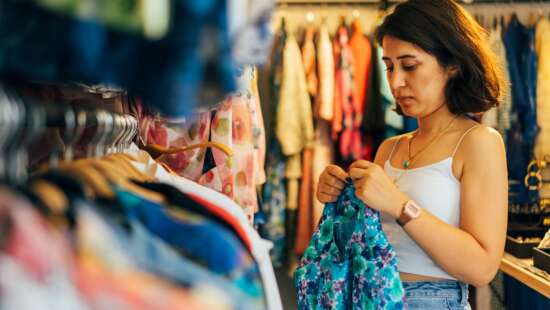 Thrifting to be trendy: a practical guide to thrift like a pro

Old is the new 'new' 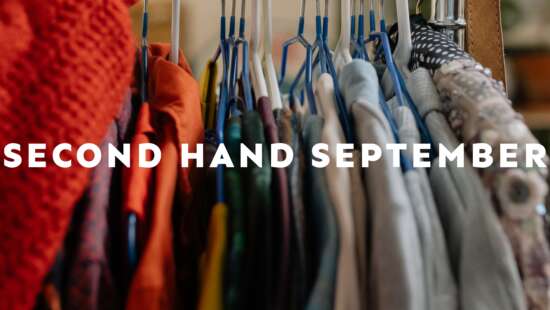