Farewell of a philanthropical shopkeeper

At the end of March, the oldest wholefood shop of Ghent will be closing its doors forever. With the atypical shop concept of ‘De Blauwe Bloem’ (The Blue Flower), the driving forces Mia Stockman and Luuk Humblet, who are both nearing 70 years old, were able to differentiate themselves for decades. Determined, they choose an honest economy by joining forces with their regular customers. Fortunately, that philosophy will not go to waste, seeing how the couple keeps giving lectures and workshops about the topic.

In the year 1976, a small group of youngsters with a love for green invented De Blauwe Bloem. Mia, then a girl of 26 summers, managed the shop with that group. “Organic bread, meat, fish or other fresh produce didn't exist back then. At the time, we were already working with cosmetic companies such as Weleda and Hauschka. We also had a small collection of products by Demeter, such as grains, muesli, flour and juices.” She describes that period as ‘the gnome period’, when everything was possible and you did not stumble over the small print of the law. With one small shelve of products, they opened their doors. Slowly but surely, their biodynamic concept took shape and grew into the shop it is today.

In a nutshell, biodynamic cultivation stands for agriculture that is done with love, balance and respect for nature. The Demeter label watches over those principles. It is a hallmark with very strict quality criteria, geared to the needs of animals and the environment.

Mia: “With a kind of homeopathy, they restore the soil’s health and during processing they don't use preservatives or flavour enhancers.”

Luuk: “There are also rules that prioritize the psychological wellbeing of the animals. In a poultry farm, for example, there have to be cocks for the hens to feel safe.”

‘De Blauwe Bloem’ opened on Valentine’s Day and even years later, Cupido would seal that with a well-aimed arrow. When Luuk met Mia. He, a student with a budding interest in organic nutrition. She, a shopkeeper that had been raised with it at home.

Luuk: “By coincidence, Mia was standing behind the till when I first stepped foot in the shop. Afterwards, we became colleagues, which was in 1980. The sparks only started flying until three years later. We married in 1984.”

“Well, how does that happen?” Mia smiles. “I often think that your feet guide you to where you need to go.”

Halfway through the eighties, the couple saw the market change. “All of a sudden, competitors wanted to capitalize on organic nutrition,” Mia says. “In the early years, loyal clients visited with such regularity that I could perfectly estimate our orders. When the door opened, I could see what time and day it was.”

Luuk: “Because of the unpredictable shopping behaviour, everything became chaotic. The relation with our clients was lost and Mia barely had insight in the orders. That’s when you have to start throwing away fresh produce.”

Mia: “In the principle of the open market, you can do whatever you want. If a baker has ten loaves of bread at the end of the day, it’s nobody’s responsible.. When our trusted system fell apart, I thought about quitting. We had begun out of idealism, and I didn’t want to put my energy into marketing or attracting customers. I’d rather save that energy to care for our customers.”

Luuk and Mia went on a search for an alternative where the relationship with the customers was centralized. They found their inspiration in the Netherlands in a project that applied another form of economy. They united a group of customers and worked with set monthly contributions to provide the shopkeepers with their income. After months of preparations, they presented the plan to 500 regular visitors during informational evenings. 80 regular customers stepped into the new system. A leap into the unknown, based on trust.

Mia and Luuk calculate the monthly contribution according to the number of adults for whom has to be shopped. They buy food based on the explicit needs of the customers. Mia: “If nobody wants lentils, then we don't buy them. We never throw anything away. Department stores have products in abundance, that cannot all be sold. As customers, we pay for that loss, because it is simply calculated into the price.” Because shopkeepers do not have to throw anything away and, on top of that, do not charge a supplements to make a profit, the purchases become less expensive. Customers praise ‘De Blauwe Bloem’-method because they can buy qualitative and eco-friendly products at a reasonable price. On top of that, they save time because the purchases are placed in the customer’s box and in the walk-in cooler.

A cosy bustle dominates the shop during the interview. Regulars Kristin and Laurence sit down with us at our table. “It’s peculiar that this form of associative economy is not more widespread,” Kristin remarks. Since the beginning of the nineties, both are familiar faces at ‘De Blauwe Bloem’.

Laurence mainly comes here for the short-chain products, she explains. “I also find it very lovely that you can find candles from the brand Dipam, which are made from beeswax.”

The wholefood shop stays true to the harvest of the season. During summer, we don’t sell chicory, during winter, we don’t sell tomatoes. You can order seasonal products in advance, so the farmer in question knows how much of his harvest Luuk and Mia will be buying. “A pleasant method,” Laurence finds, “because that way, you’re sure about the quality and origin. After a while you start to know those products and you’re certain that the taste and nutritional value are great.” But isn’t it typical for people to have wants? “I’m a big fan of aubergine and pepper,” she nods. “I sometimes buy them somewhere else when they’re out of season, but certainly not weekly. It feels like sinning, because you know that they came a long way and haven't been cultivated in the best circumstances.”

Since several years, it is impossible to imagine traditional supermarkets without biological/organic products. A positive evolution, it seems. They are certified by biolabels and have a healthier image, but is that in line with reality? “Unfortunately, we see that the biolabel doesn’t garantee quality,” Luuk knows. “Take organic juices, for instance. Some are excellent, but in other cases, the nutritional value is zero. They contain a certain number of biological ingredients, but they are actually refined sugardrinks.”

One of the customers at ‘De Blauwe Bloem’ had visited an organic tomato factory in Spain several years ago. “There, they encountered a series of abuses,” the shopkeeper says. “There were no Spanish people working at the factory, only women from East-European countries that had to work under miserable circumstances and at the most inconvenient hours of the day. They cleaned everything with the most environmentally unfriendly supplies. They also dumped unimaginable amounts of waste. The inspection of such labels often leaves much to be desired.

In an Einsteins way

The essence of ‘De Blauwe Bloem’ can be put into the words of Albert Einstein: ‘No problem can be solved from the same level of consciousness that created it.’

Luuk: “On a large scale, we see environmental pollution, climate change and poverty, but as long as people keep purchasing their products at department stores, those problems won’t be solved. The capitalistic principle has been superseded in that sense. We don't want to become competitors or strive for our own profits. It’s time for something new. By letting people work together in the economy, we strive for a certain savoir-vivre.”

Mia: “With the shop we see that people start to think differently about money, the portrayal of mankind and social issues. Many play a waiting game and think that the state will solve those difficulties. By taking initiative ourselves and opting for an honest economy, the sun can shine through the clouds again.”

“In the classic schools, people are being stuffed with knowledge,” Luuk reacts, “but we won't get there that way. Just as one ties up the ends of a carpet so that it does not fray, so education often curtails an open view of the world. By reaching ideas to people, they can think about the world and what can be improved.”

Consumer education, that is what is necessary in the future according to Luuk. “A loaded word,” he knows, “but in some sense, that is already happening with us.” Some see ‘De Blauwe Bloem” as a school rather than a shop. All those years it has been a practical training in economy.”

Because although they are closing their doors at the end of the month, Luuk and Mia keep on spreading the philosophy behind it. In 2006 they started the Association for Associative Economy, which gave them the possibility to give lectures, courses and workshops on their principle, built on their years of experience with associative economy. “When people came to see us after a lecture to tell that they had been inspired by our words, we find that such a warm thought. Our hope is that we keep on sowing seed, that people pick it up and that something results from that - in whatever way possible. Each step in the right direction is a victory.”

Melissa works as freelance journalist and loves writing about psychology, relationships and durability. Her heart beats for bouquets of local flower farmers, for scoring a treasure of an outfit in secondhand goldmines and fair fashion shops, for living consciously and kindly across the board. 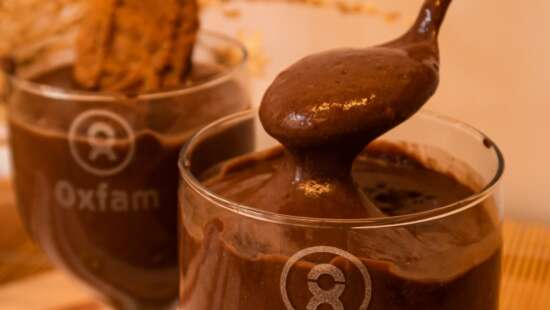 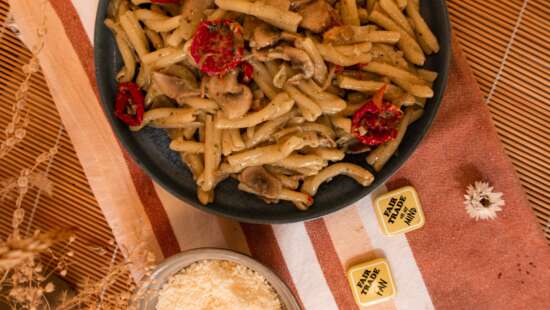